I am a journalist with over 100 articles published in The New York Times. I've also written for The Washington Post, National Geographic, and NPR. I am the author of the book "Women of Vision," a finalist for Best Photography Book in the Seventy-Second Annual Pictures of the Year International (POYi) contest. I have lectured at Dartmouth College in Hanover and the School of Visual Arts in New York. In 2019, I moved to San Francisco to pursue UX/UI design and Content Strategy.  I’m currently the Senior Content Strategist at Truebill, a D-series fintech startup. Most importantly, I live in the city with my golden retriever, Clara.

In “Taradiddle,” Charles Traub’s photographs reveal how life plays tricks on us all.
Read More 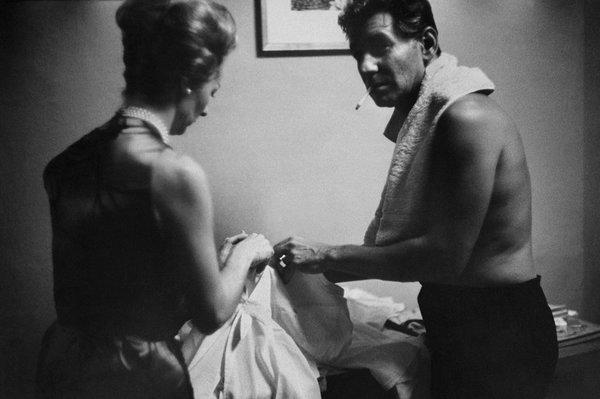 An Intimate Look at Photographs of Leonard Bernstein

A collection of photographs of Mr. Bernstein, shot by some of the most famous photographers of the 20th century, capture the American classical music maestro on and off the stage. 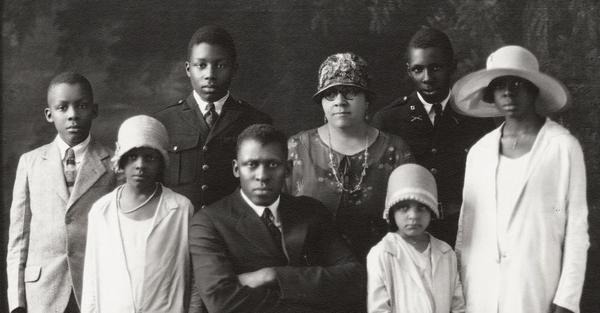 Capturing the Soul: Photographic Portraiture Before the Smartphone Era

From F.B.I. posters to commissioned family photos, portraits have long revealed how people wanted to be presented, and sometimes how they didn’t.

Helen Levitt’s Street Photos Blend the Poetic With the Political

Examining the overlooked work of a photographer whose images brought awareness to social issues.

An Intimate Look at Photographs of Leonard Bernstein

A collection of photographs of Mr. Bernstein, shot by some of the most famous photographers of the 20th century, capture the American classical music maestro on and off the stage. 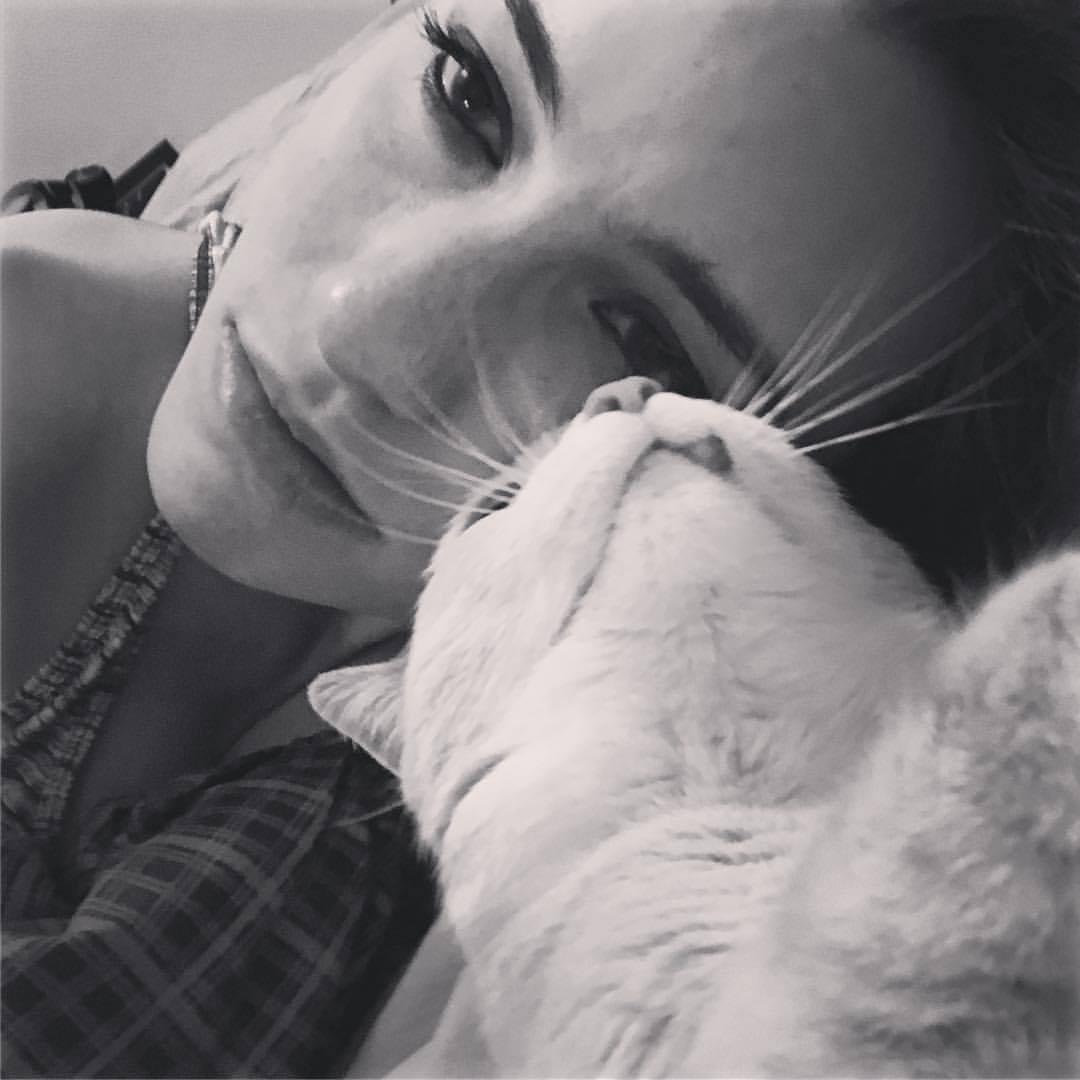 A "Tiny Love Story" for The New York Times Style Section on my late cat, Talula. 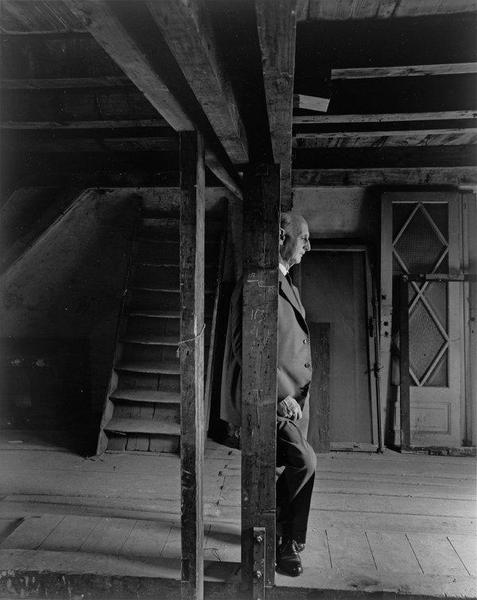 When taking portraits, Arnold Newman was less interested in the details of his subject’s surroundings than with the symbols he could create with them. 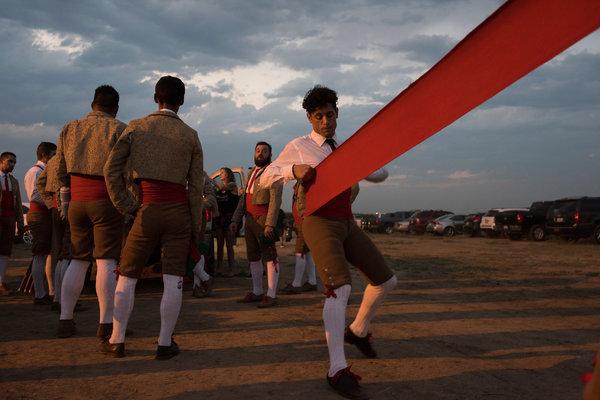 How to Have Bullfights in California? Use Velcro.

Every year in the Central Valley, Portuguese-Americans bring bullfighters from overseas and put on huge festivals — but shed no blood. 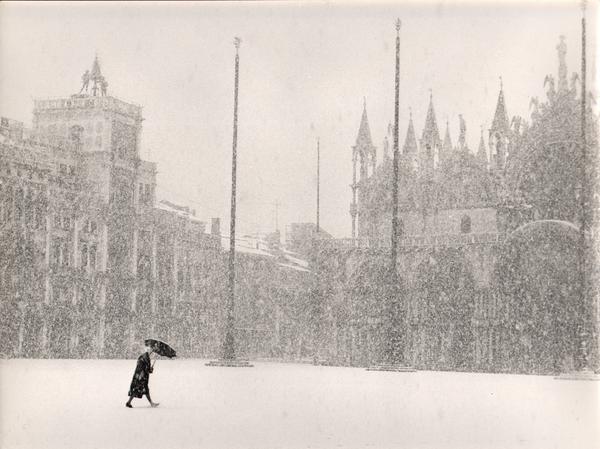 After the Second World War, Italian photographers found their voices and visions through streets, landscapes, and everyday realities. 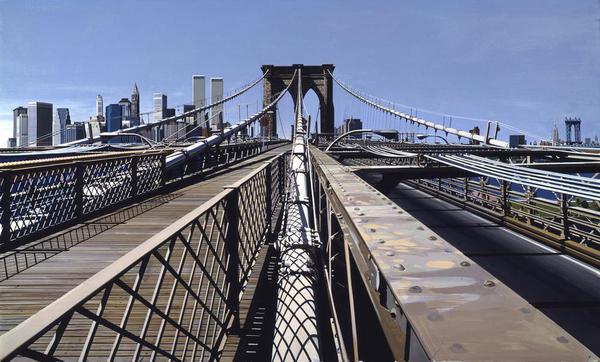 On the painter Richard Estes and his exhibition at the Museum of Arts and Design. 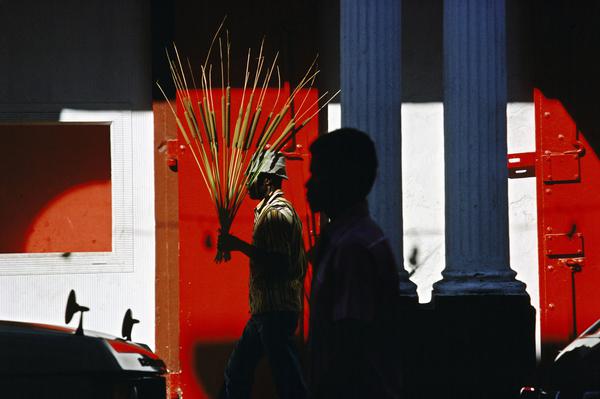 Magnum asked some 50 of its members to choose one “image that changed everything,” eliciting a range of responses, some unexpected.

Margeaux Walker re-enacts the performance of consumers as they lose their identities blending into Ikea products. 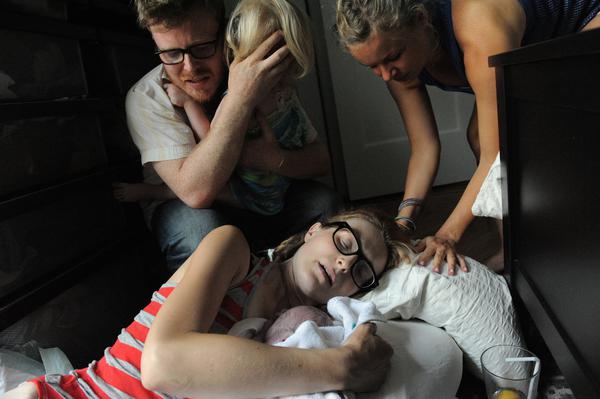 After Alice Proujansky’s first child was born, she set out to photograph women who — like her — were balancing the demands of a career and family. 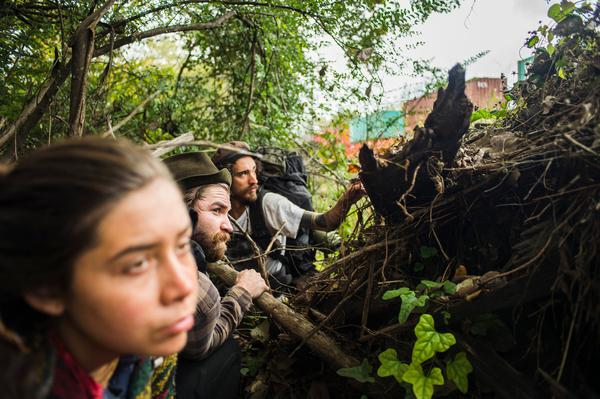 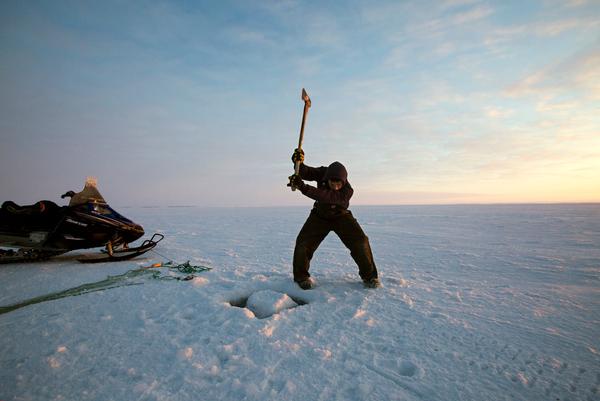 With tides rising from climate change and with money tight, villagers on an Alaskan barrier island are unsure how, or when, they will relocate.

Once Upon a Greek Island, Migrants and Tourists

Lesbos is a popular vacation destination, but when migrants began streaming there, Marieke van der Velden and her partner, Philip Brink, paired them with tourists for conversations about their journeys. 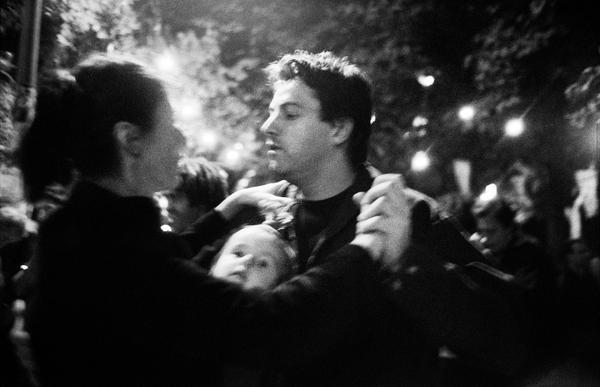 Moving Freely, and Photographing, in Marseille

Joan Liftin’s images are guided not by storytelling, but by freedom and movement, a driving force from her early years as a dancer.

Beyond Stereotypes in California and Kentucky

William Gedney once said he was not “a social problem photographer.” Working in places like Appalachia and Northern California, he challenged preconceived notions to find enduring — and unexpected — images. 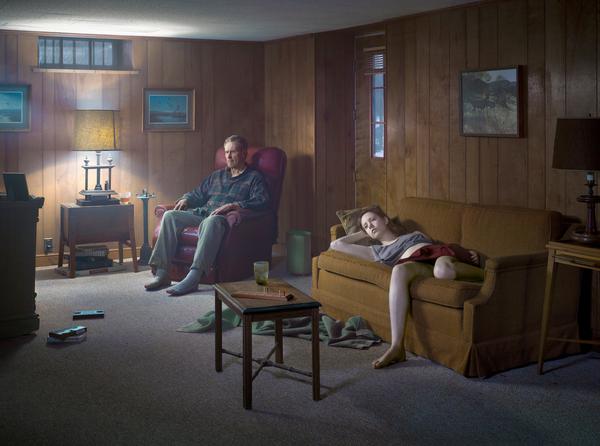 Alone, in a Crowd, With Gregory Crewdson

Gregory Crewdson’s photographs almost always project solitude and intimacy, even if his images take a team to organize. I look back as one of his subjects on my experience. 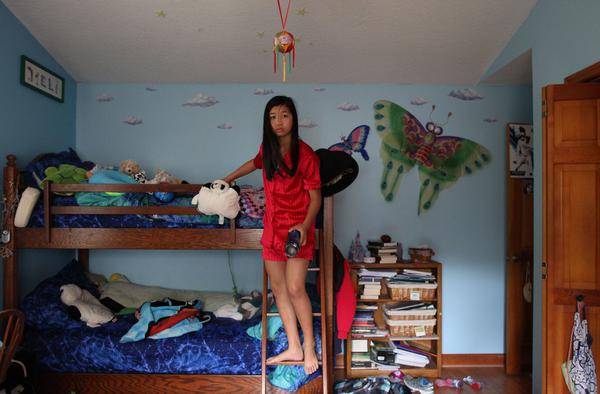 Chinese Adoptees at Home in America

A chance encounter with several Chinese girls being raised in Montana led Meng Han to explore the world of Chinese adoptees in the United States.

A new exhibit of Chuck Close’s photos shows not just mastery of everything from daguerreotypes to 20×24 Polaroid images, but also his penchant for collaboration. 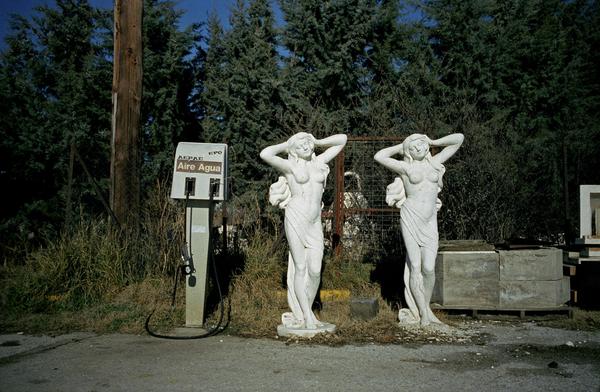 An Expat's Eye on Greece 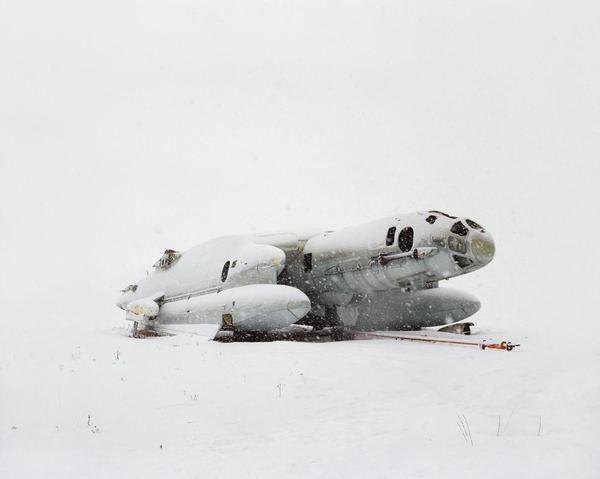 Remnants of a Failed Utopia in the Former Soviet Union

Sometimes, as he traveled through former Soviet territories, photographer Danila Tkachenko waited days or weeks for the right amount of snow. To capture his vision of the abandoned spaceports and oil field pump jacks littering the land, “I needed a lot of snow falling,” he says. “This created a special atmosphere in the photographs, a kind of … very diffused light.” 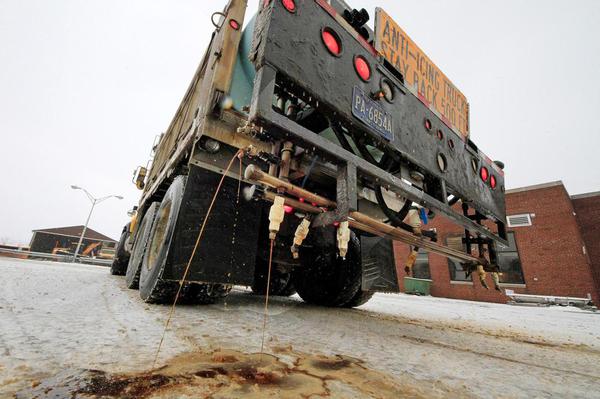 Why Pickle Brine Is a Secret Weapon Against Ice

This extremely icy and snowy winter has brought renewed attention to the question: What's the best (and most environmentally kind) way to melt it all? Salt, chemicals ... or pickle brine? 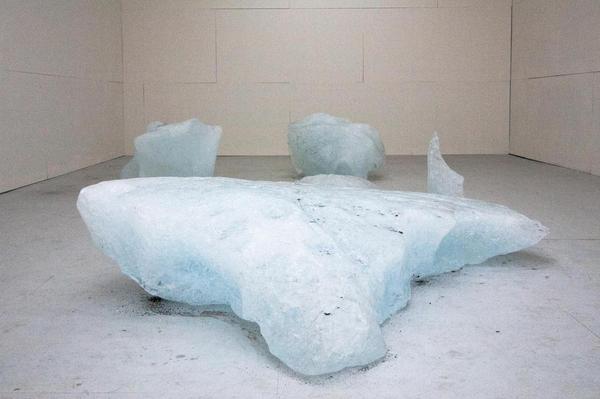 By the time Olafur Eliasson came up with the idea to display chunks of glacier as an art exhibit, he had already spent a lot of time at the mouth of the Icelandic glacier Vatnajökull, the largest ice cap in Europe, watching it melt. 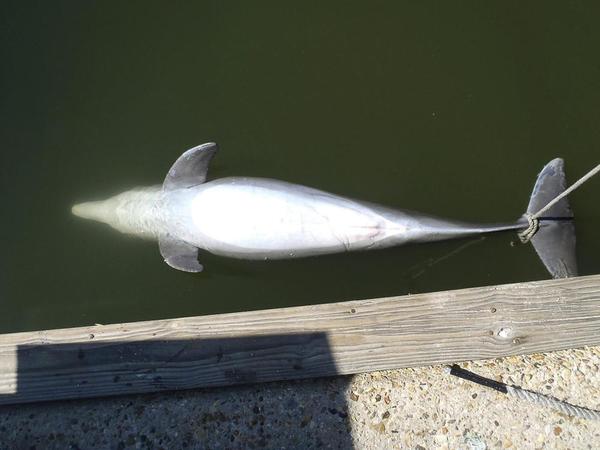 Because the dolphin attacks have occurred sporadically, along all 1,680 miles of the Gulf Coast, officials do not believe they are the work of "one single madman," as Humane Society field director Sharon Young explains. "It may be comforting to think it's one person doing this," she says, "but it really isn't."

How many children and teenage girls are ready for marriage? Yet the practice is shockingly prevalent: One out of nine girls in developing countries will be married by age 15, according to the United Nations. An estimated 14.2 million girls a year will become child brides by 2020 if nothing changes.

Why New York City Is the Worst Place for a Hurricane

Any city would suffer if 500 million tons of seawater were to spin ashore at a hundred miles (160 kilometers) per hour. But it turns out New York City—which the remnants of Hurricane Sandy hit hard this week—suffers more than most. (See "Hurricane Sandy Pictures: Floods, Fire, Snow in the Aftermath.") 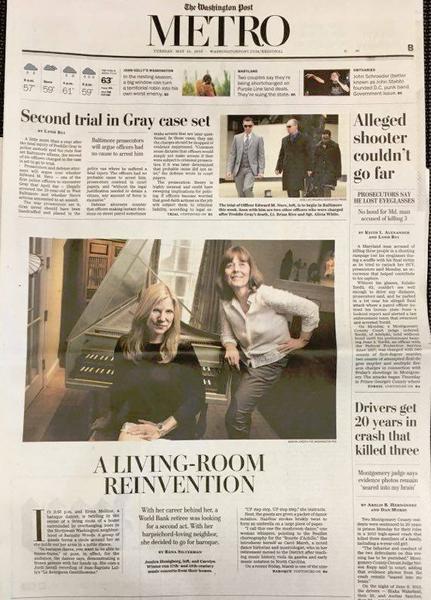 A Baroque concert series is created by two neighbors in Washington, D.C. 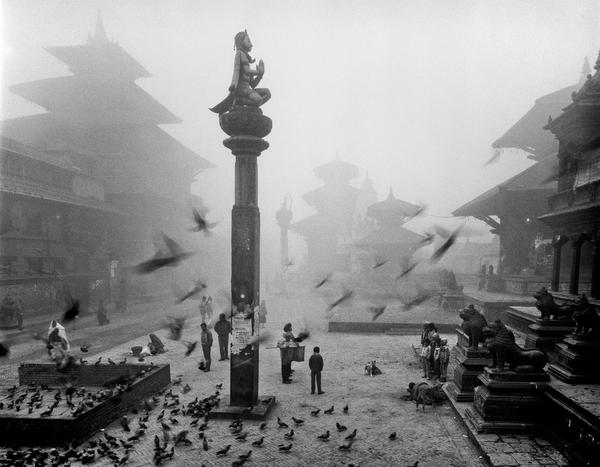 Nepal, Before The Earthquake Struck: A Photographer's Portfolio

Kevin Bubriski came as a Peace Corps volunteer in 1975, camera in hand, and has taken photos of daily life for 40 years: monks, haircuts, schoolgirls in a village that was at the earthquake’s epicenter. 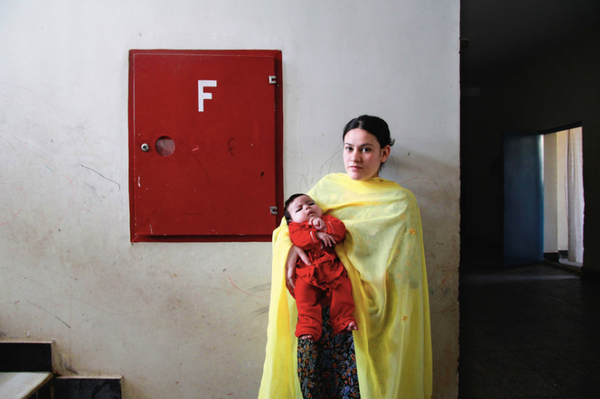 Mother And Child Behind Bars: The Women Of Afghanistan's Prisons

In Afghanistan, a woman who has premarital sex or cheats on her husband can be charged with moral crimes and imprisoned. Many of these women serve their time with their children by their side.

A 12-year-old girl followed him everywhere. And she got the part. Abderrahmane Sissako tells what it’s like to make a reality-based movie in Mauritania. 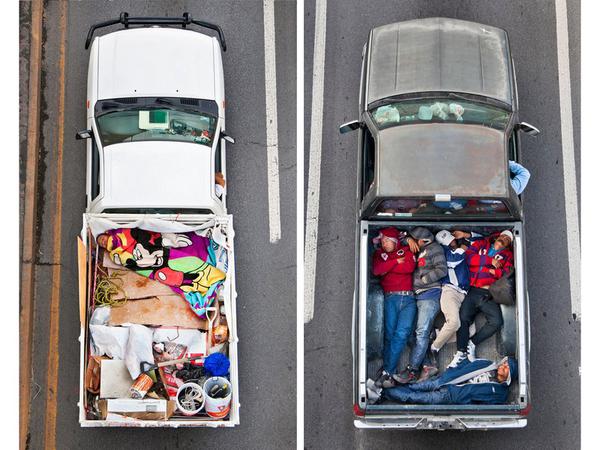 In the backs of pickup trucks, construction workers lie among tools and blankets, headed to the city for a day’s work. Alejandro Cartagena turned his camera on the carpoolers. 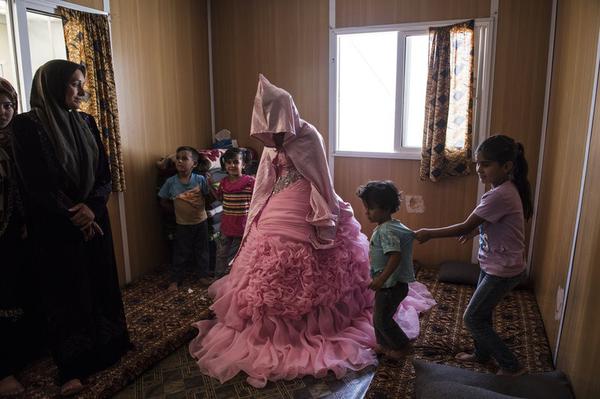 Photographers Capture The Sorrow And Pain Of Global Girls

In honor of the U.N.’s International Day of the Girl Child I interviewed five photographers who devote much or all of their time to documenting the lives of global girls, who face terrible things from genital mutilation to child marriage. 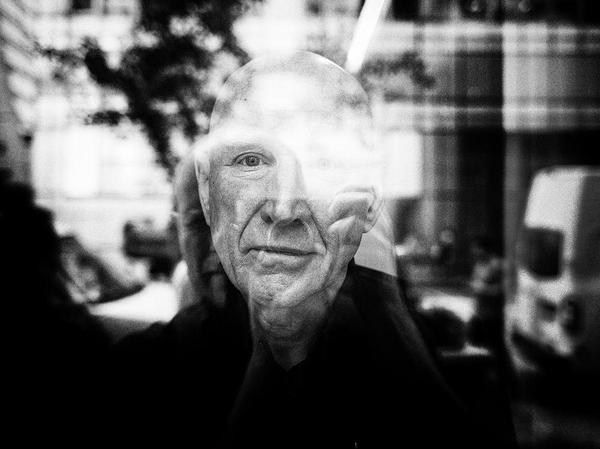 His Camera Takes Us To The World 'We Must Preserve' | | New York Public Radio, Podcasts, Live Streaming Radio, News

The photographer Sebastiao Salgado, in New York City on Thursday, says we are at a “special moment” — our world now needs to be protected from climate change and other forces.
Close ✕